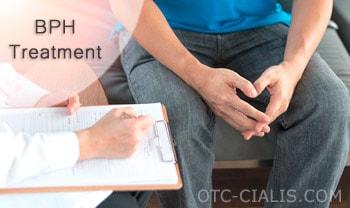 Patients with benign prostatic hypertrophy can use tadalafil to improve their condition. Benign prostate hyperplasia is an enlargement of the prostate gland that is not dangerous, but causes urinary symptoms to many men, typically after 50 years of age.

What is BPH? Definition and symptoms

The symptoms most frequently reported by patients include the need to wake up to urinate at night, the need to urinate more frequently during the day, the need to hurry to go to urinate when the first stimulus is felt, the weakness of the urinary stream and the feeling of not being able to completely empty the bladder at the end of urination. In the face of these disorders, it is important to talk about it with your family doctor or urologist.

When the patient is disturbed by the symptoms described above, he can use numerous drugs that have shown excellent efficacy and tolerability. The pharmacological treatments available to patients to date include three main categories:

How does tadalafil help in BPH?

Recently, tadalafil has been approved for the medical treatment of benign prostatic hypertrophy. Tadalafil has been available in the pharmacy for many years for the treatment of erectile dysfunction. Its mechanism of action which is based on the relaxation of the smooth muscle of the corpora cavernosa of the penis and prostate has suggested that it could also help patients with symptoms of benign prostatic hypertrophy. International studies on several thousand patients have led to the approval in both the USA and Europe of this new therapeutic indication for tadalafil.

The objective symptoms and problems (bladder residues, bladder pressures and urinary flows) were assessed through urodynamic investigations before, after three and after twelve months from the start of therapy; research has shown that this therapy can bring about very significant improvements in this category of patients.

The final results involved 94 men with an average age of 70.7 years and an average prostate volume of 44.5 ml; all patients experienced a progressive improvement of obstructive symptoms at three months and at the end of the twelve month period considered.

To treat prostate symptoms, your doctor will appoint the dose of tadalafil equal to 2.5mg or 5mg. Unlike the version of the drug used to treat the symptoms of impotence, BPH tadalafil contains smaller amount of the active substance, and is not supposed to be taken ”on demand”. You will need to take tadalafil pills every day at the same time for at least 12 weeks. The exact dose should be established by a doctor.

Tadalafil in BPH and ED: an ideal solution for comorbidity 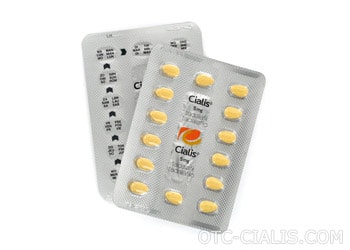 Tadalafil is of particular interest to patients who suffer from both urinary symptoms from benign prostatic hypertrophy and erectile dysfunction, since one single tadalafil tablet per day can improve both. The two conditions coexist more often than one would think, and this is why using tadalafil has more benefits than other treatments available for prostate therapy. Also, and more importantly, finasteride used to treat BPH can cause a drop in libido and even trigger erectile dysfunction, while tadalafil obviously has the opposite effect on sexual potency.

It is a fact worth mentioning that taking smaller doses of tadalafil every day can help recover erectile health over the course of a few weeks. For some time now, the drug has been successfully used to eliminate the symptoms of ED and achieve full recovery. As a result, a course of tadalafil therapy can eliminate the need to take stronger doses of the drug every time sexual activity is planned. And taken as a part of BPH treatment, the medicine offers unparalleled prophylaxes for any eventual sexual problems.